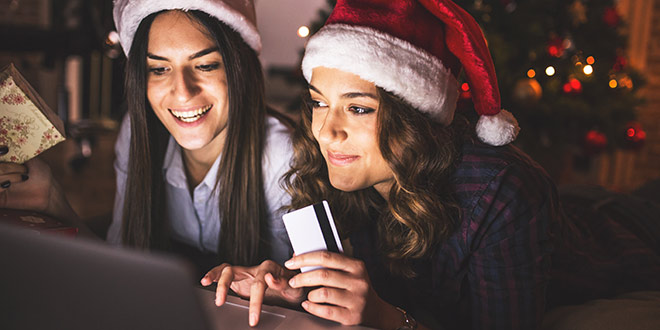 Thanksgiving Weekend Shopping Up From 2015

This Thanksgiving weekend, retailers saw an increase in consumer traffic from last year. However, individual shoppers scouring for deals spent less than the year before.

An estimated 154 million consumers shopped over the holiday weekend. That number is up from 151 million in 2015, according to the National Retail Federation’s (NRF) annual survey. The survey, conducted by Prosper Insights & Analytics on Nov. 24-26, had 4,330 respondents answering questions about their weekend shopping plans.

The survey found that spending per person was down slightly from last year. Average sales totaled just under $290 this year, while shoppers spent about $300 last year.

One of the driving factors for increased traffic was the opportunity to grab a good deal. In fact, 50 percent of shoppers reported the sales were too good to refuse. Additionally, more than one third of shoppers said all of their purchases were on sale.

“It was a strong weekend for retailers, but an even better weekend for consumers, who took advantage of some really incredible deals,” NRF President and CEO Matthew Shay says.

Thanksgiving Day in-store shopping was down 19 percent. Additionally, only 7 percent of Thanksgiving Day shoppers arrived at stores before 5 p.m. However, when factoring in online shopping, sales were up 1 percent for the holiday. Several retailers this year announced they would not be open on Thanksgiving Day, including Lowe’s and Home Depot.

Online shopping overtook in-store shopping this year, with 44 percent of consumers surfing the web for deals and 40 percent heading to brick-and-mortar stores. More than half of smartphone and tablet owners used their devices to research or complete their purchases. Black Friday was the busiest online shopping day, with 74 percent of shoppers logging on, up 1.3 percent from last year.

Holiday shopping brings in 27 percent of yearly total retail revenue, according to USA Today.  The newspaper’s analysis of S&P Global Market Intelligence data shows that 10 retailers are expected to rake in 66.7 percent of all fourth-quarter revenue. Among these 10 retailers include big box retailers  Home Depot, Lowe’s and Target, each with 3 to 4 percent of the share. Walmart is expected to take a projected 23 percent and Amazon almost 8 percent.

Melanie is the managing editor for the North American Hardware and Paint Association. She has worked for the association since 2016. In her spare time, she enjoys cooking and baking without recipes and watching online makeup tutorials. She and her husband are raising their son and two fur children in Indianapolis.
Previous Where Consumers Buy Products to Keep Baby Safe
Next Hardware Hank Celebrates 60 Year Milestone in 2017