Home » Industry News » To Fight Terrorism, ‘Be Observant’ in Your Store 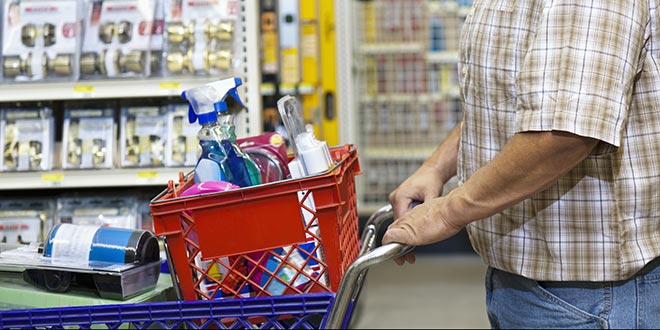 To Fight Terrorism, ‘Be Observant’ in Your Store

At the checkout counter, the trio asked the cashier if the store carried fertilizer.

“They said ‘we need a lot of fertilizer,’” says Jack Cardillo, who owns the store in Rochester, New York. “Everyone I’ve told this story to, their eyebrows go up at that point.”

The cashier gave the customers directions to the local lawn and garden store for fertilizer. They paid for $125 worth of merchandise in cash and left the store.

Less than an hour later, three plainclothes officers with guns and badges came into the store and asked to speak to Cardillo in private. The three customers also returned to the store a few minutes later to join the conversation.

All six people were members of the joint terrorism task force from the U.S. Department of Homeland Security that monitors and investigates potential terrorist activity throughout the country.

“Fortunately, this wasn’t a sting operation. It was just an informational visit,” Cardillo says. “We shut down the store for a few minutes and had a meeting. They weren’t trying to arrest anyone or penalize the store at all. They were just trying to raise awareness about people who come into stores and buy products that can be used to make bombs and other types of weapons.”

Just two weeks before the incident, a uniformed New York state trooper had visited the store with a brochure about the Department of Homeland Security’s See Something, Say Something campaign as part of a regular canvass promoting the program.

The Department of Homeland Security launched the campaign in 2010 to combine the efforts of federal and local law enforcement with local communities. The campaign encourages retailers across several industries to watch for and report suspicious activity or questionable purchases.

While Cardillo wishes he had been more proactive after that initial visit from the state trooper, he recognized the learning experience that resulted from the situation.

“It would have been smart to get their license plate and call them in, but now we know what to look for,” he says. Cardillo has made an effort to continue educating his staff and getting them the information they need to be prepared.

The task force left their contact information, which Cardillo photocopied and had his employees add to their cellphones. He also circulated the brochure from the state trooper and had each employee sign off that they had reviewed the information.

Cardillo’s advice to other retailers is simple. “Be observant,” he says. “Have a system in place to alert other team members so you can get a license plate or a description. We make a store announcement saying ‘customer assistance in aisle 20.’ We don’t have an aisle 20, so it gets employees’ attention.”

The safety of store employees and other customers is key in these situations, he says. “Don’t confront them; don’t do anything suspicious,” Cardillo says.

Melanie is the communications and content manager for the North American Hardware and Paint Association. She joined the NHPA team in 2016 as an editor for Hardware Retailing and now helps lead the communications team to deliver relevant, timely content to the industry.
Previous Greenhouse Makes Gardening Easy
Next Paper Table Runner