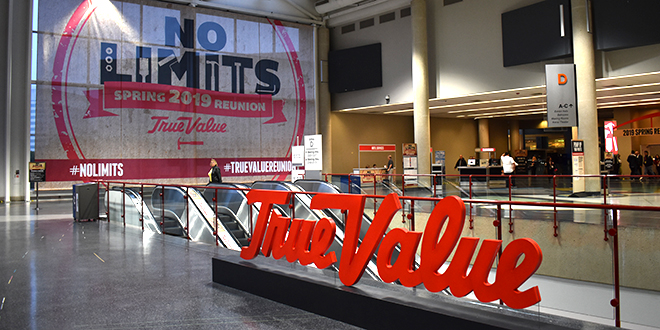 The chief executive at True Value recently shared thoughts on how changes to the company have impacted the retailers it serves.

In March 2018, True Value struck a deal with ACON Investments, effectively transitioning the company from its long-standing co-op model.

Since that announcement, more than 500 retailers have joined the company, including Carter Lumber, which operates roughly 150 locations, Forbes reports.

In a recent Forbes article, president and CEO John Hartmann gives an update on how the transition has gone and how it has affected the retailers who choose True Value.

“The guiding principle for us has never wavered from being a champion for these independent entrepreneurs from day one,” Hartmann says. “Their relationship with True Value remains unchanged. We still work with them and get their feedback around the best products and to craft the best services that support a customized approach in their local markets.”

The Forbes article also highlights Jeff Gutierrez, who operates Missouri Flat True Value in Placerville, California. For Gutierrez, the new business model enables him and other True Value retailers to make decisions quickly and stay apace with their markets.

“They do a great job of letting me be truly independent,” he says. He has been able to implement a new point-of-sale system that suits his operation better than former models used companywide.

He also decided to enlarge his parking lot and bought land surrounding his operation to expand his rental equipment and tractor displays, the article states. His store sales are up 61 percent since the strategic investment, Forbes reports.

Hartmann points to the return of $250 million in equity to True Value retailers as one of the prime benefits of the company’s strategic deal with ACON Investments.

“By providing an infusion of money back to their local businesses, it has helped position them well to compete and remain relevant in their markets,” Hartmann says in the article.

The company added a 1.4 million-square-foot distribution center in Wilkes Barre, Pennsylvania. It also increased the size of its sales team and moved its corporate computing applications to cloud storage, Forbes reports.

Retailers have chosen to purchase new retail locations, remodel their existing stores, add new product assortments and increase their digital marketing outreach, according to the article.

“We believe these store owners are the cornerstone, the bedrock of their local communities,” Hartmann says. “Our focus now is to continue to hone our business to support each and every one of these customers who join the True Value family.”

Todd is trends editor for Hardware Retailing magazine. He graduated from Indiana University where he majored in journalism and French. Throughout his career, he has aimed to highlight small businesses and their community value. He joined NRHA in 2017.
Previous Reaching New Customers With a Wholesale Supply Program
Next The Benefits of Creating a Social Media Policy