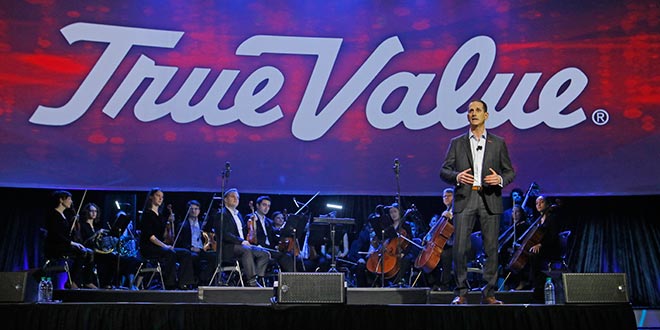 This week, True Value Company reported its first quarter results for fiscal 2016, with gross billings of $510.2 million, up 3.3 percent or $16.2 million from the same period a year ago. The company also reported revenue of $356.8 million, an increase of 0.8 percent.

Sales increases were seen in eight of 12 regions of the country and in six of the nine product categories, led by lawn and garden; farm, ranch, auto and pet; and hardware, lumber and building, according to the co-op.  In areas of the country that had a mild winter, net comparable store warehouse revenue decreased due to lower sales in snow and heating products.

The company also saw a net margin loss of $5.4 million compared to a net loss of $1.7 million a year ago. The net margin decrease was driven by planned investment expenses incurred in connection with the execution of the co-op’s strategic plan, according to True Value.

“Transformation requires investment and we are reinvesting significant resources to build a better True Value–for today’s members, today’s customers and for the future,” president and CEO John Hartmann says.

Renee Changnon is the retail outreach coordinator for NRHA. She meets with retailers in their stores and at industry events and introduces them to the services NRHA provides. Renee previously worked as a member of the NRHA communications team. She earned a degree in visual journalism from Illinois State University, where she served as the features editor for the school newspaper. After college, she implemented marketing and promotions initiatives at Jimmy John’s franchise locations across the country. She enjoys exploring books with her book club, Netflix marathons and hosting goat yoga at her apartment complex. Renee Changnon 317-275-9442 rchangnon@nrha.org
Previous Dan Tratensek Presents: Everyday Products
Next Member Insurance Agency Announces New Advisory Committee