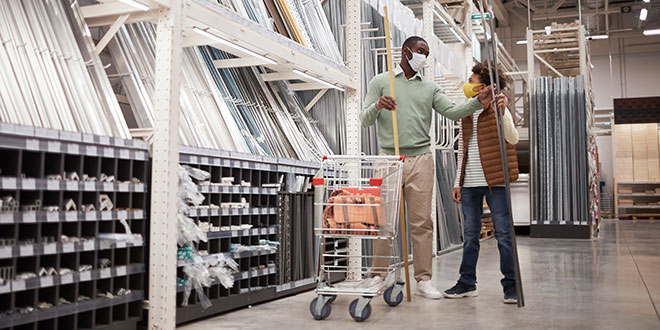 U.S. home improvement sales rose 12 percent in March to reach a total of $43.9 billion dollars, a new high for the year and a sign of continued channel momentum ahead of the busiest spring selling days.

The latest home improvement sales (NAICS 444) are more than $10 billion more than at the same point in 2020, totaling a 29.5 percent increase in category purchases year over year.

So far, home and garden centers (NAICS 444) have amounted more than $123 billion in 2021. The surge in home improvement sales echoes an increase in overall U.S. retail spending as that figure rose 9.8 percent over retail spending in February.

“Spending will almost certainly drop back in April as some of the stimulus boost wears off, but with the vaccination rollout proceeding at a rapid pace and households finances in strong shape, we expect overall consumption growth to continue rebounding rapidly in the second quarter too,” says Michael Pearce, senior U.S. economist at Capital Economics.

Todd is trends editor for Hardware Retailing magazine. He graduated from Indiana University where he majored in journalism and French. Throughout his career, he has aimed to highlight small businesses and their community value. He joined NRHA in 2017.
Previous Cleaning and Staining Your Wooden Play Set
Next Washing Your Walls