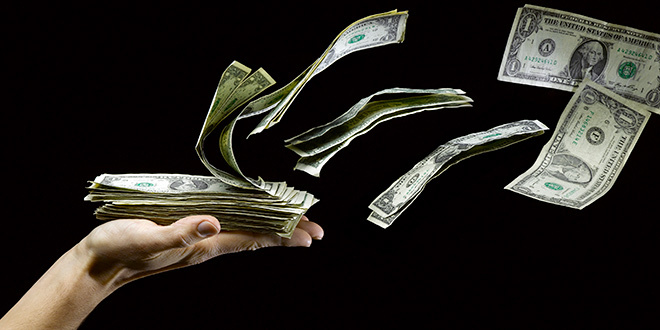 The U.S. Bureau of Labor Statistics reported that the Consumer Price Index for All Urban Consumers, which measures U.S. inflation, increased 0.6 percent in January. The all items index increased 7.5 percent before seasonal adjustment, the largest 12-month increase since the period ending February 1982.

This increase in U.S. inflation is above the 7.2 percent economists predicted in a Bloomberg survey but still slower than the fastest monthly increases in 2021. Forecasters predict that inflation will come down in 2022, finishing the year at closer to 3 percent.

The food index increased 0.9 percent after increasing 0.5 percent in December. The energy index was also up 0.9 percent.

“Coming on the heels of the holidays, January typically marks a month of returns and exchanges. However, the strong growth across sectors reflects the optimism and eagerness for the year ahead,” says Steve Sadove, senior advisor for Mastercard and former CEO and chairman of Saks Incorporated. “With nearly all sectors up, we see consumers returning to their shopping habits with a continued emphasis on digital.”

Lindsey joined the NHPA staff in 2021 as an associate editor for Hardware Retailing magazine. A native of Ohio, Lindsey earned a B.S. in journalism and minors in business and sociology from Ohio University. She loves spending time with her husband, two kids, two cats and one dog, as well as doing DIY projects around the house, going to concerts, boating and cheering on the Cleveland Indians.
Previous Growth at Retail Ports to Slow During First Half 2022
Next Construction Professionals Confidence at Highest Point Since 2018