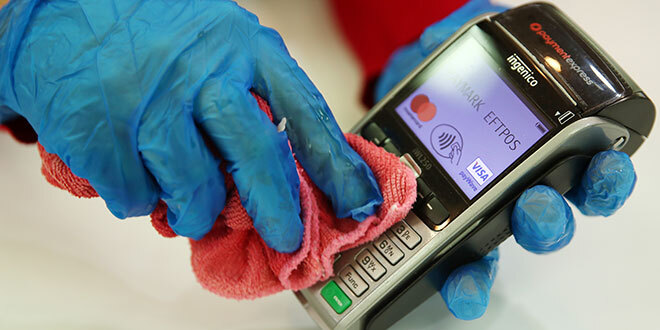 U.S. retail sales fell 16.4 percent from March to April, as many cities and states enacted stay-at-home orders to stem the spread of COVID-19 in the country.

The 16 percent drop seen in April nearly doubles the sales slowdown seen from February to March, which was revised to be a roughly 8.3 percent drop in total retail sales. 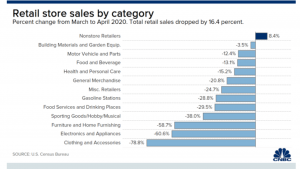 “Consumers couldn’t get out to shop last month as the pandemic virus fight kept them at home, and the result is an economy that has simply collapsed,” says Chris Rupkey, chief financial economist at MUFG Union Bank. “We have never seen economic data like this before in history.”

Home improvement stores, classified under NAICS 444, remained one of the most resilient sectors of retail. The industry saw a decline in sales of 3.5 percent and performed much better than clothing retailers, electronics stores and the food service industry.

The drop in U.S. retail sales comes amid mass unemployment in the country. In April, 20.5 million people filed for unemployment, bringing the U.S. unemployment rate to 14.7 percent.

Todd is trends editor for Hardware Retailing magazine. He graduated from Indiana University where he majored in journalism and French. Throughout his career, he has aimed to highlight small businesses and their community value. He joined NRHA in 2017.
Previous PRO Group’s Kalbach Promoted to Vice President and COO
Next Get Moving on the Job Site 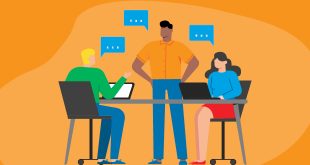 Ushering in a new era of nostalgic mid-tones, Sherwin-Williams announced its 2022 Color of the …