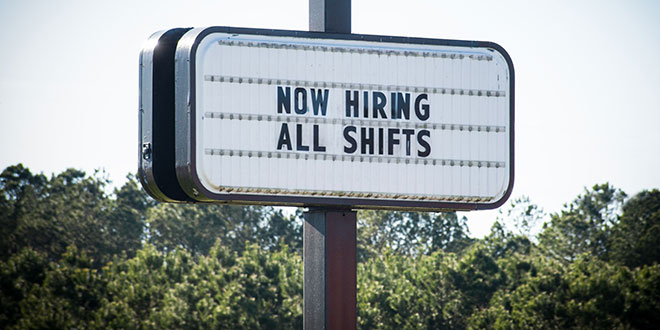 Friday’s government data follows a report from private payroll processor ADP, which reported on Wednesday the monthly employment numbers showed a total of 2.76 million people lost their job in May, a number lower than some predictions of more than 8 million possible jobs lost.

The data comes amid the phased reopening of businesses across the country after months of economic turmoil from the COVID-19 pandemic, which wiped out all job gains since the Great Recession and pushed up unemployment to Great Depression-era levels.

A new economic relief package has been passed by the U.S. House of Representatives and the Senate and now awaits presidential approval. The relief package would extend various federal aid programs, including the $600 additional unemployment benefit that expires next month.

“In May, a large number of persons were classified as unemployed on temporary layoff. However, there was also a large number of workers who were classified as employed but absent from work. As was the case in March and April, household survey interviewers were instructed to classify employed persons absent from work due to coronavirus-related business closures as unemployed on temporary layoff. However, it is apparent that not all such workers were so classified. BLS and the Census Bureau are investigating why this misclassification error continues to occur and are taking additional steps to address the issue,” the organization states.