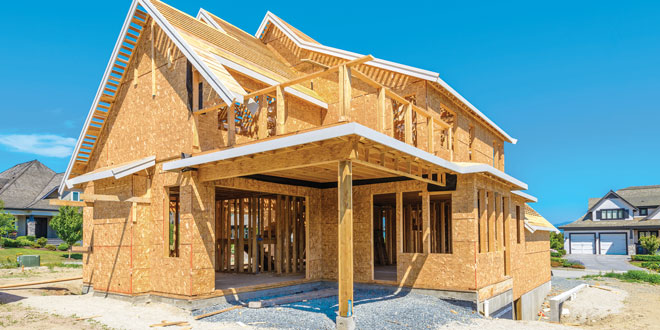 Home improvement stores are places of possibility. Every aisle, each shelf and all transactions your team earns bring individuals and families one step closer to living in the space of their dreams.

Understanding the intersection of home improvement retail and residential construction can be critical to a retailer’s long-term success. By knowing the disparate factors that drive homebuilding rates and influence new construction and renovation, you can determine what your business needs to do to capture sales from residential construction teams and the average DIYer this season and in the years to come.

To get a more detailed look at the factors affecting current U.S. homebuilding, Farnsworth points to several macro drivers that give retailers a broad view of national housing trends.

One of the key factors impacting housing is the rate of household growth, a metric that combines the headship rate (the percentage of people who are heads of households) with census population projections.

Farnsworth says to support a healthy housing market, the annual formation of 1.2 million to 1.4 million households is critical.

From 2000-2005, just under 1.4 million new households were created on average annually. This figure dropped heavily in 2008, the beginning of the Great Recession, to just 400,000 new households.

Home values themselves have a major effect on residential construction. Farnsworth says rising home values have pros and cons for the market.

“With more new households, new and existing home values are going up like crazy,” Farnsworth says. “In our industry, we get excited when we see high home value and high equity. That means people can take that equity and put it back in their home through renovation projects or even buy a new home.”

“The negative side, however, is that prices are getting so high, on average, that it’s impacting affordability and who can enter the housing market,” he says. “With home values so high, the country is massively underbuilt and underserved on entry-level price point homes.”

One factor influenced in part by home value is housing affordability, a metric that measures whether the typical family earns enough income to qualify for a mortgage on a typical home.

“Based on historical standards, housing affordability is really good right now. The average person can afford the average home. But that rate is the lowest it’s been in 10 years,” Farnsworth says.

Farnsworth calls home sales a mixed bag for modern home construction. Census data shows existing home sales were down year over year for the first time since 2014. That decrease may be attributed to low home inventory, increases in rental properties and low household formation.

“Most home sales are occurring at affordable price points, which is great news. But luxury home sales are down, and overall inventory is down. So once a home goes on the market, it usually sells quickly, but then again, we don’t have enough supply to meet potential demand,” Farnsworth says. 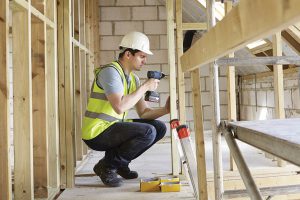 A Question of Confidence

“Almost across the board, we’re seeing strong optimism and security both on the contractor side and consumer side,” he says.

Builder confidence, measured by the NAHB, is another metric that fell dramatically during the housing crisis and in the years following it. As of 2013, the metric has begun to rise. Currently, the figure is 65 points, which represents a favorable outlook on future home sales.

Confidence among contracting professionals is currently high, The Farnsworth Group data indicates. The current figures are strong, but remain flat year over year.

“For contractors, business is good,” Farnsworth says. “In some cases, we see contractors turning down 8 to 10 percent of the work that comes through their door.”

This figure is climbing but remains below levels seen before the housing crisis. 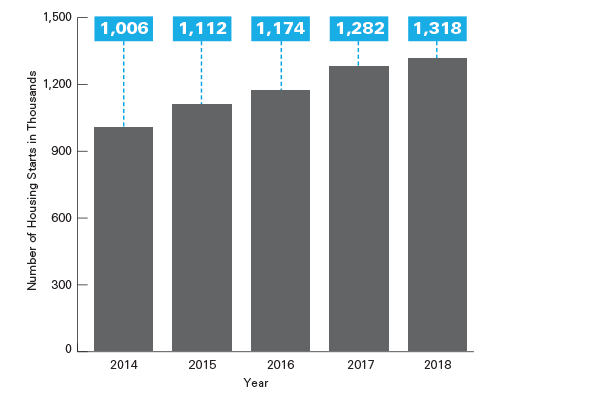 A Knock at the Door

The U.S. homebuilding industry is affected by a number of factors. From the national levels of housing inventory to labor rates and material prices, home construction is not an island.

This rise could be due to the fact that as home prices climb, fewer homebuyers are able to afford to enter the market. However, homeownership itself is also beginning to rise after its 20-year low at the beginning of 2016.

“Homeownership rates had been a hot topic in the last few years, but we’re seeing those increase slightly and come back to historical levels and where  we anticipate them to stay for the next few years,” Farnsworth says.

One of the major barriers to increasing home ownership is affordability, which represents a matrix of factors, Farnsworth says. 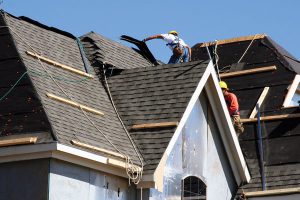 “Labor, material and land prices are all rising,” he says. “The reason there are too few affordable homes is that homebuilders have yet to figure out how to build them and remain profitable. It’s kind of a perfect storm of costs preventing entry-level construction.”

Labor costs and tariffs play a critical role in the housing market, Farnsworth says. As material costs rise, so do home prices. This begins a cycle that bars prospective homeowners from entering the market.

Notably, 67 percent of surveyed retailers believe tariffs on products entering the U.S. will have a negative effect on their small businesses. More than 91 percent of retailers have seen product prices rise as a result of tariffs.

The national skilled labor gap is also affecting home construction, Farnsworth says. As fewer younger people enter the industry, crews are getting smaller and unable to work as quickly or on as large a scale as they would like. This fact causes labor costs to rise as crews seek to work quickly and efficiently.

“The labor shortage is affecting not just the construction industry, but also tech and health care and so much more,” he says. “Construction unemployment is at the same low level as it was at the last construction peak, and we’re building about 700,000 fewer homes. We just don’t have the bodies.”

Homebuilders Have Their Say

As the chief economist for the National Association of Home Builders (NAHB), Robert Dietz stays abreast of shifting home construction trends and the industry. He spoke with High Performance Retailing to explain how U.S. homebuilders view current U.S. homebuilding conditions, what home improvement retailers can do to earn business from professional builders and how his association believes homebuilding will fare in the future.

Home construction is slightly lagging in 2019.
The NAHB represents more than 140,000 construction professionals. Dietz says that many of the association’s members reported “a slow start” to 2019.

“At the end of 2018, there was an increase on interest rates to just above 5 percent,” he says. “That impact was strong enough to take the wind out of the sails of the housing market, and we reached a 10-year low on housing affordability. The consequence is that construction of single-family homes has lagged.”

Homebuilders want high performance retailers to help them save time.
Dietz points to the skilled labor shortage as one of the most important aspects of home construction in 2019.

“With the labor shortage, getting timing lined up correctly for large projects is key for home builders,” Dietz says. “One of the things we tell building suppliers is if you have products that can save time on the work site, that product is likely to have a market premium due to the fact the labor shortage remains a limiting factor on the volume of projects that can be finished.”

“We’re going to have to play some catch-up, but there is some cautious optimism among homebuilders, and we expect something of a rebound before the end of 2019,” Dietz says.

Todd is trends editor for Hardware Retailing magazine. He graduated from Indiana University where he majored in journalism and French. Throughout his career, he has aimed to highlight small businesses and their community value. He joined NRHA in 2017.
Previous New Members Increase PRO Group’s Reach
Next 3 Changes Retailers Should Know About Google Ads 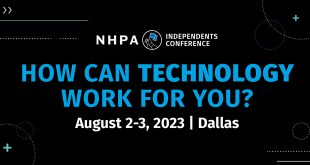