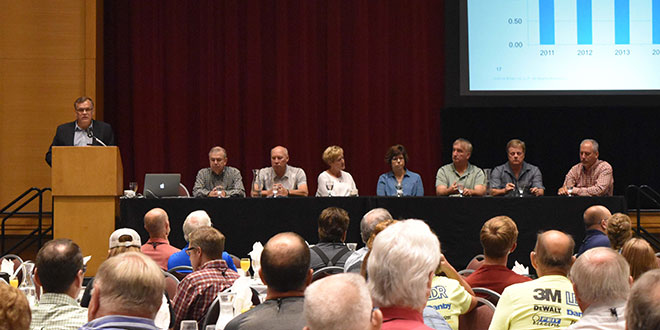 The board of United Hardware Distributing Co., which is based in Plymouth, Minnesota, announced company president and CEO Steve Draeger will retire in 2020.

Draeger has served the wholesaler for the past 20 years, the most recent 10 as its president and CEO. Prior to working for United Hardware, he was one of its retail members for more than 20 years.

“The board believes we are positioned well to build on investments that Steve has guided us through over the last decade,” says Meg Thoreson, chair of United Hardware’s board and co-owner of Solon Springs Mercantile in Solon Springs, Wisconsin. “We are focused on engaging a leader who will position United to serve its members long into the future. Steve’s dedication to our dealers is second to none, and we thank him for his outstanding leadership to United Hardware for over a decade.”

Look ahead to the June issue of Hardware Retailing for an overview of United Hardware operations as a component of the magazine’s continued Distributor Profile series, which will feature Distribution America.

Jesse Carleton has visited independent hardware retailers, conducted original research on the industry and written extensively about the business of hardware retailing. Jesse has written for more than a dozen of NHPA’s contract publishing titles, all related to the hardware retailing industry. He also was instrumental in developing the Basic Training in Hardware Retailing courses now used by thousands of retailers across the country.
Previous Do it Best Spring Market Focuses on Innovation, Experience
Next Propane Pizza Oven