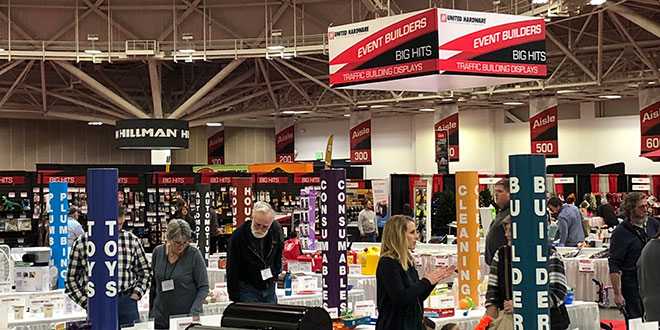 In a statement, the board of directors says Audette is “highly experienced at transforming companies by building a culture where leaders throughout the organization can thrive…”

Audette has 30 years of experience in retail merchandising, category management, wholesale distribution, brand stewardship and profit and loss management, according to the statement.

“I’m looking forward to serving United’s members and helping them build strong businesses that are equipped for success into the future,” Audette says. “I’m also looking forward to getting to know the United Hardware team and working with them to build a high-performing culture that current employees will embrace and others will aspire to join.”

“We were thrilled by both the amount of interest in the role and the number of exceptionally qualified candidates,” Thoreson says. “We are energized by Doug’s appointment and eager for him to dig into his new duties; and are grateful for Steve Draeger’s enduring dedication to the member-dealers and cooperative as well as his support during the transition.”

At the company’s Fall & Winter Dealer Market in June, Draeger reported sales had been up 6 percent in the first half of the year and average ticket size had grown 8 percent.

Todd is trends editor for Hardware Retailing magazine. He graduated from Indiana University where he majored in journalism and French. Throughout his career, he has aimed to highlight small businesses and their community value. He joined NRHA in 2017.
Previous Deerskin Gloves
Next It’s Getting Drafty in Here