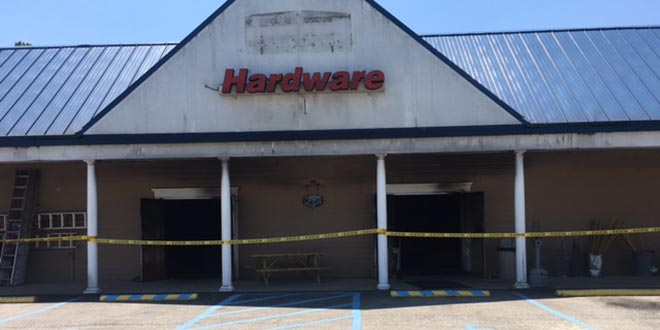 Past NRHA Chairman Not Reopening Store Scorched by Arsonists

Valley Supply Hardware’s building in Rising Sun, Indiana, is a cavern of charred and melted power tools, fixtures, furniture, computers and all of the other supplies needed to operate a local hardware store.

Two men were convicted on burglary and arson charges connected with the fire that destroyed the store and were sentenced in April to 20 years in prison.

But the prison time they serve and any restitution they pay will not bring Valley Supply bustling back to life. The store will not be reopening.

“It was the hardest decision,” co-owner Judy Copeland says of choosing not to revive the business. “There’s not a day goes by, when we go out in a public forum, that people tell us how much they miss having the store. It does hurt them, and it does hurt us.”

Valley Supply was 50 years old when the two men—one of whom was a store employee at the time—stole products from the store and then set the building ablaze May 23, 2016. The business has been closed ever since.

Rebuilding a business, starting with extensive repairs to the store structure, would require more stress than owners Gary and Judy Copeland, who are both 70 years old, want to cope with, Gary says. Gary is a former North American Retail Hardware Association (NRHA) chairman and board member.

Before the fire, the Copelands thought they had found a buyer who would keep operating the store after their retirement and maintain the important amenity to their community, Gary says. 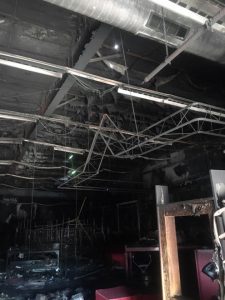 Now, 13 months later, the Copelands hope they can soon work through the ongoing complexity of dealing with an insurance company and then tear down the building so they can sell the property, Gary says. They built the 12,000-square-foot structure in 2000.

From the outside of the building, the destruction doesn’t look irreparable, but walking inside reveals the disaster left by a blaze that damaged nearly everything, including steel beams, Judy says.

“If you open the door, it looks like a coal mine inside. It’s so black and smells so bad from all of the plastic that melted,” she says. “We had employees go in—two came in a couple months ago—and they left with tears in their eyes. They had no idea it was that bad. It’s really kind of scary or spooky because it was so bright and lit up, but now the store is completely opposite of what it was before the fire.”

Kate is profiles editor for Hardware Retailing magazine. She reports on news and industry events and writes about retailers' unique contributions to the independent home improvement sector. She graduated from Cedarville University in her home state of Ohio, where she earned a bachelor's degree in English and minored in creative writing. She loves being an aunt, teaching writing to kids, running, reading, farm living and, as Walt Whitman says, traveling the open road, “healthy, free, the world before me.”
Previous Insect House
Next Help Pros Shop Local With Home Sweet Home Pros’ Edition Signage