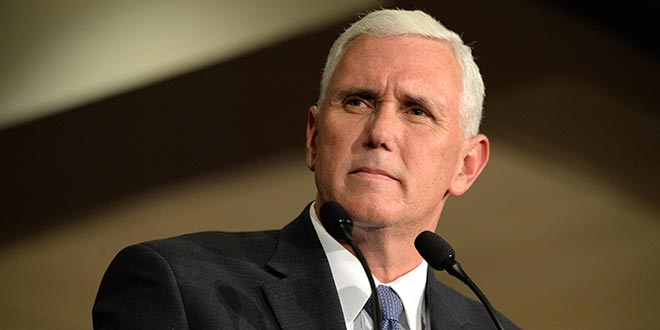 In his speech, Vice President Pence credited retailers with contributing jobs to the American workforce, and he reinforced the Trump administration’s commitment to the economy as it pertains to the retail industry.

““I want to assure you that our president knows as retail goes, so goes America,” Pence said in his speech.

Attendees of the summit included small business retailers, chain executives and state retail association representatives. The summit coincided with the NRF’s annual Congressional Fly-In, when members of the retail industry come together in Washington to meet with lawmakers about industry-specific causes.

The North American Retail Hardware Association (NRHA) recently hosted its Small Business & Government Roundtable to find out what government initiatives are important to independent home improvement retailers. See the results of the NRHA survey and read about the event here.

Melanie is the communications and content manager for the North American Hardware and Paint Association. She joined the NHPA team in 2016 as an editor for Hardware Retailing and now helps lead the communications team to deliver relevant, timely content to the industry.
Previous New York Retailer Produces Power, Eliminates Its Utility Bill
Next Outlook Positive at United Hardware Fall and Winter Buying Market