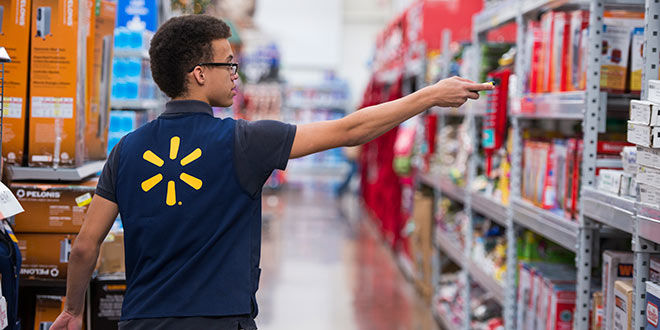 Walmart to Add 10K Retail Jobs in the US

Walmart plans to add 10,000 retail jobs in the U.S. within the next year, according to The New York Times.

Walmart says it plans to build, expand or relocate 59 Walmart and Sam’s Club stores and distribution centers. The company says this will generate 24,000 construction jobs. The New York Times says Walmart plans to invest about $6.8 billion in these projects, which will begin with the start of the company’s new fiscal year on Feb. 1.

In addition, Walmart will be expanding its online grocery pickup services, according to The New York Times.

This announcement reiterates news from last October that Walmart will slow new store openings. Instead, the company continues to focus on its e-commerce business, Fortune magazine reported. The article adds that Walmart opened 230 stores in 2015 and planned 130 store openings in 2016.

In a release detailing its third-quarter financial results, Walmart announced an increase in its e-commerce sales. “We are pleased that we can see real progress stemming from our strategic choices,” Walmart president and CEO Doug McMillion said in the statement.

Last week, The Wall Street Journal reported Walmart will cut 1,000 corporate jobs at the end of January. Last September, the newspaper reported the retailer intended to eliminate 7,000 back-office in-store jobs. Instead, the company would refocus some of those workers into customer-facing positions. According to The New York Times, Walmart employs about 1.5 million people in the U.S.

Melanie is the managing editor for the North American Hardware and Paint Association. She has worked for the association since 2016. In her spare time, she enjoys cooking and baking without recipes and watching online makeup tutorials. She and her husband are raising their son and two fur children in Indianapolis.
Previous Collectable Pocketknife
Next Chemical-Free Sunscreen