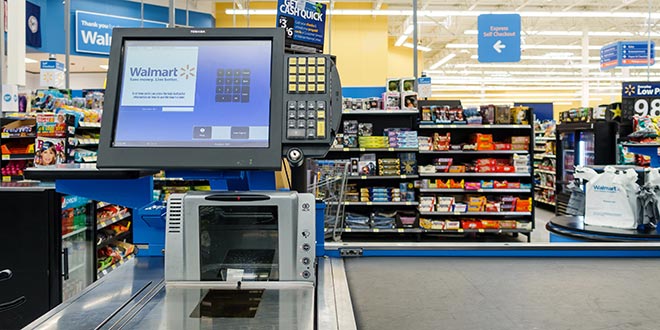 Walmart has announced it will begin using Microsoft’s cloud data technology for a range of cloud, artificial intelligence and internet of things applications.

The five-year agreement further deepens the bond between the two companies, which have a common foe in Amazon. Walmart competes with Amazon for retail sales and Microsoft competes with the company for cloud computing dominance, The Wall Street Journal reports.

“Walmart is a people-led, tech-empowered company, and we’re excited about what this technology partnership will bring for our customers and associates. Whether it’s combined with our agile cloud platform or leveraging machine learning and artificial intelligence to work smarter, we believe Microsoft will be a strong partner in driving our ability to innovate even further and faster,” says Doug McMillon, CEO of Walmart.

“The world’s leading companies run on our cloud, and I’m thrilled to partner with Walmart to accelerate their digital transformation with Microsoft Azure and Microsoft 365,” says Satya Nadella, CEO of Microsoft.

Under the terms of the deal, Walmart will implement “Microsoft’s machine-learning, artificial-intelligence and other services” to assist employees stocking inventory and to regulate mechanical systems like refrigerators, according to the Journal.

In recent years, Walmart has developed its own cloud-computing operation to review large quantities of product and sales data, an area in which Amazon excels, the Journal reports.

The partnership with Microsoft is just one of the ways Walmart has looked to Amazon’s rivals for opportunities to collaborate recently. In August, Walmart announced plans to list its inventory on Google Express, the company’s e-commerce arm.

Todd is trends editor for Hardware Retailing magazine. He graduated from Indiana University where he majored in journalism and French. Throughout his career, he has aimed to highlight small businesses and their community value. He joined NRHA in 2017.
Previous Survey Your Customers About Your Operation’s Price Image
Next Winning Customers in a Price-Conscious Culture