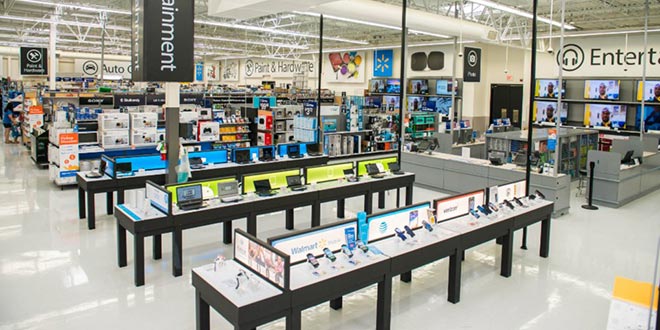 The store remodels will provide shoppers with “wider aisles, shorter shelving, new signs and flooring,” along with additional self-checkout lanes, the article says.

Walmart also plans to upgrade its pharmacy areas to include private consultation rooms, according to Business Insider.

The retailer will add interactive displays to its renovated electronics department and plans additional upgrades for its cosmetics, home, hardware, auto, baby and produce departments, the article says.

“The plan is to continue improving stores and accelerating innovation during the coming year to make shopping faster and easier for our customers,” a Walmart spokesman says in the article. “We’ll also continue to look for ways to improve our processes to empower our associates to serve customers even better—we’ll be people-powered and tech-enabled, always with our customer’s needs in mind.”

Walmart is focusing much of its remodeling efforts on stores in Florida and Texas, where the big-box retailer will spend nearly $480 million to open 14 new locations and remodel 82 existing Walmart stores, Business Insider reports.

In addition, the Bentonville, Arkansas, retailer is expanding other programs. For example, the company plans to feature online grocery pickup at 1,000 locations and install pickup towers for customers’ online orders at 500 stores across the country, according to Business Insider.

Todd is trends editor for Hardware Retailing magazine. He graduated from Indiana University where he majored in journalism and French. Throughout his career, he has aimed to highlight small businesses and their community value. He joined NRHA in 2017.
Previous Sears Holdings to Close Last Chicago Store and Sell 16 Locations Online
Next CEO Says Amazon Prime Members Surpass 100M