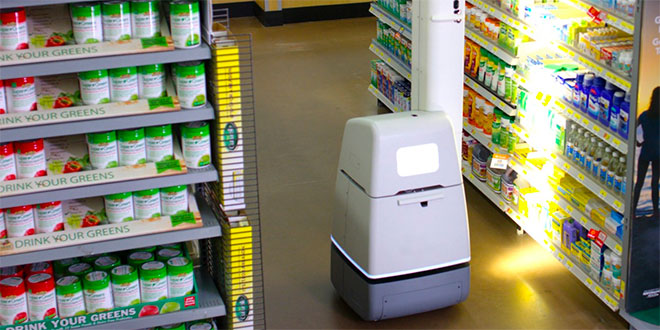 Walmart and Target are both using artificial intelligence to streamline their operations, but how each company is making use of retail robots underscores the possibilities and pitfalls of in-store robotic technology, an article from CNN reveals.

Walmart is investing heavily in in-store artificial intelligence (AI). The company will add self-driving robots to scrub the floors of more than 1,860 individual stores by February. Additionally, it will deploy robots to scan shelves at 350 stores and use AI to scan deliveries and sort them by department onto conveyor belts at 1,700 stores.

Walmart says these “smart assistants” will reduce the amount of time associates spend on “repeatable, predictable and manual” tasks. By removing these kinds of tasks, Walmart hopes its associates will be able to offer more direct customer assistance to shoppers.

On the other hand, retail chain Target has a markedly different vision for the role of AI in its operations. The company has added self-checkout and automatic cash-counting machines to hundreds of stores in recent years, CNN says, but CEO Brian Cornell says the company won’t be adding AI to its 1,850 salesfloors.

“You won’t see robots in Target stores anytime soon,” Cornell says. “We really think, even in today’s environment, where people are talking about AI and robotics and different elements of technology, the human touch still really matters.”

“Tractors were first adopted on larger farms and only later trickled down to some mid-sized ones as prices dropped,” said Frey. “The same is true of robots in warehouses and retail stores.”

The rise of AI in retail environments is not without criticism, the article notes.

According to a Cornerstone Capital Group study from 2017, between 6 to 7.5 million existing retail jobs could be replaced by some form of automation over the next decade.

“The truth is, they are de-skilling jobs and cutting workers’ hours to make a buck providing less service to customers and chipping away at good jobs for hardworking people,” says Marc Perrone, president of the United Food and Commercial Workers International Union.

Walmart says AI has already enabled the company to focus more intently on specific customer needs and shifting its human workforce to new tasks. The company has added 50,000 jobs in the past three years related to new AI possibilities.

“We’re looking at our jobs through the lens of technology and asking ourselves which human tasks add value—and which should be automated,” says CEO Doug McMillon last year. “The workplace is going to look different in a few years—not just in retail, but across the economy.”

Todd is trends editor for Hardware Retailing magazine. He graduated from Indiana University where he majored in journalism and French. Throughout his career, he has aimed to highlight small businesses and their community value. He joined NRHA in 2017.
Previous Road Play Tape
Next Indie Award Quarterfinalists Include 3 Hardware Stores

The latest round of Paycheck Protection Program (PPP) funding opened in January, and now, the …