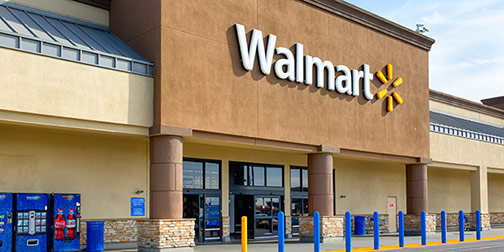 Walmart has announced plans to close 269 stores, including 154 locations in the U.S., which marks a change for the company.

The U.S. locations will all close Jan. 28. The closures include all 102 Walmart Express locations, which are the retailer’s smallest-format store and were part of a pilot program that started in 2011. The impacted stores represent less than 1 percent of both global square footage and revenue, according to the company.

“Actively managing our portfolio of assets is essential to maintaining a healthy business,” says Doug McMillon, president and CEO of Wal-Mart Stores, Inc. “Closing stores is never an easy decision, but it is necessary to keep the company strong and positioned for the future. It’s important to remember that we’ll open well more than 300 stores around the world next year. So we are committed to growing, but we are being disciplined about it.”

Fishman only knows of three times Walmart has closed and not replaced stores in the past, so the upcoming closures mark a change in strategy for the largest retailer in the world, and a new honesty about what the company isn’t doing well, he says. Fishman is the author of the best selling book “The Wal-Mart Effect.”

“If I were rating Doug McMillon, I would say this is painful but this is a good sign of his willingness to say, ‘Everything’s on the table,”” Fishman says.

Kate is profiles editor for Hardware Retailing magazine. She reports on news and industry events and writes about retailers' unique contributions to the independent home improvement sector. She graduated from Cedarville University in her home state of Ohio, where she earned a bachelor's degree in English and minored in creative writing. She loves being an aunt, teaching writing to kids, running, reading, farm living and, as Walt Whitman says, traveling the open road, “healthy, free, the world before me.”
Previous The King of Hardware
Next Flexible Spray Product