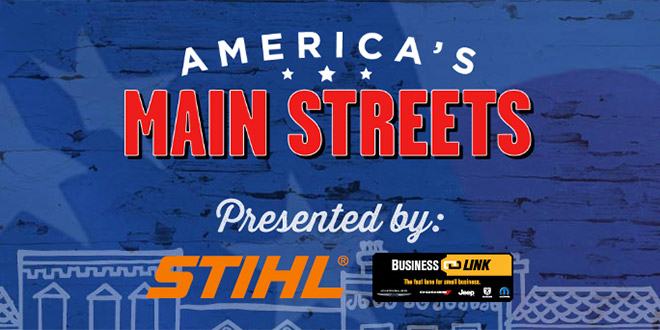 The votes are in for Independent We Stand’s first America’s Main Streets contest, and the winner of the $25,000 prize is downtown Lynden in Washington state.

The organization, which exists to promote small businesses, organized the contest as a way to highlight the importance of locally owned, downtown businesses and contribute money for revitalization in a community.

People nationwide cast more than 280,000 votes, and downtown Lynden, population 12,902, got the most votes, according to Independent We Stand.

In March, the North American Retail Hardware Association (NRHA) joined with Independent We Stand for The Great American Route 66 Road Trip. The purpose of the trip was to celebrate independent businesses along Route 66, but also to promote the contest.

The Lynden Downtown Business Association will receive the $25,000 in prize money to use toward revitalization in the community, which hit hard times in 2008 when a fire destroyed the city’s largest building that housed nearly a dozen independent businesses. Following the fire, downtown Lynden began rebuilding with the help of local investors and volunteers.

Some goals for downtown Lynden are to create a brand for the community, implement way-finding signage, create a historical walking tour and upgrade its downtown beautification program.

“Coming back from ruins after a devastating fire right as the Great Recession took hold in 2008 is just the type of community engagement and support Independent We Stand recognizes and promotes across the country,” says Bill Brunelle, co-founder of Independent We Stand. “We can’t wait to see the improvements they’re able to make with this prize and how those improvements will benefit independent businesses in Lynden.”

The community is a large producer of raspberries and is known for its Dutch heritage. The downtown features a hotel that looks like a windmill and more than 150 hanging flower baskets and flower beds on street corners.

“Winning this contest is huge,” says Ken Stap, independent business owner and president of the Lynden Downtown Business Association. “This award will play a major role in helping re-establish Lynden’s downtown as the heart and soul of our community, for residents and visitors alike.”

On the Fourth of July, downtown Lynden will host a Main Streets Make Us Better press conference to reveal more detailed plans for the $25,000 grand prize.

Renee Changnon is the retail outreach coordinator for NRHA. She meets with retailers in their stores and at industry events and introduces them to the services NRHA provides. Renee previously worked as a member of the NRHA communications team. She earned a degree in visual journalism from Illinois State University, where she served as the features editor for the school newspaper. After college, she implemented marketing and promotions initiatives at Jimmy John’s franchise locations across the country. She enjoys exploring books with her book club, Netflix marathons and hosting goat yoga at her apartment complex. Renee Changnon 317-275-9442 rchangnon@nrha.org
Previous Improve Your Business Today
Next LED Headlamp