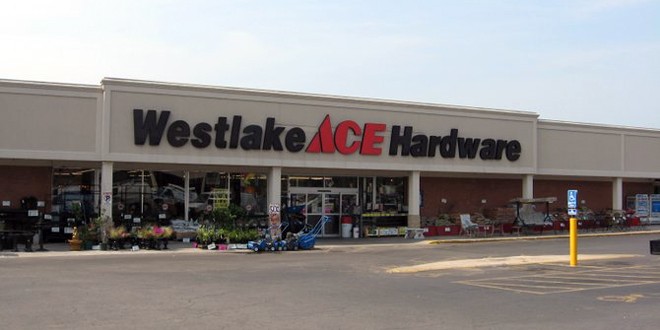 “For 110 years, generations of customers have relied on Westlake Hardware to be their go-to source for reliable, friendly advice and high-quality products,” Westlake CEO Tom Knox says. “The rich, decades-long tradition of service we’ve built since 1905 is remarkable and we look forward to continuing to serve our customers for many years to come.”

Westlake Ace Hardware was founded in 1905 and today operates 91 neighborhood hardware stores in Missouri, Kansas, Nebraska, Iowa, Oklahoma, Texas and New Mexico. Ace Hardware purchased the chain in 2012 to keep it within the co-op.

The following are highlights from Westlake’s 110-year history:

1905 – William Irvine (W.I.) Westlake buys partial ownership in the Westlake & Doyle hardware store in Huntsville, Missouri. A local newspaper called Westlake “one of the best young men in the country, a splendid businessman.”

1955 – The self-service revolution begins. Before this time, almost all hardware stores still had long counters and rolling ladders. Customers would tell the clerk what they wanted and the clerk would climb ladders and retrieve items. In the newest Westlake stores, people could actually browse through the aisles and select their own merchandise.

1973 – By 1973, the chain has nine additional Westlake stores throughout Missouri.

1983 – Expansion into Oklahoma and Nebraska increases the total number of stores to 28 and Westlake soon moves its corporate offices to Lenexa, Kansas, where it remains today.

1985 – F.K. Westlake retires, turning over leadership to his son, Scott Westlake, who becomes the third head of Westlake in its 80-year history. After four years as CEO, Scott Westlake leaves to pursue other interests. He passes company leadership to his sister Anne Elsberry’s husband, Howard Elsberry, who nearly doubles the number of Westlake storefronts by the time he steps down in 2006.

2007 – George Smith, a 31-year veteran employee of Westlake, takes over as CEO. He successfully leads the chain through more expansions before retiring in 2014.

2012 – Ace Hardware purchases the Westlake chain. To this day, although Ace has more than 5,000 stores in 62 countries and all 50 states, Westlake Ace Hardware remains its largest volume dealer.

For more information about Westlake’s history, check out www.westlakehardware.com/anniversary.

Kate is an assistant editor for Hardware Retailing magazine. She reports on news and industry events. She graduated from Cedarville University in her home state of Ohio, where she earned a bachelor's degree in English and minored in creative writing. She loves being an aunt, teaching writing to kids, running, reading long books, farm living and, as Walt Whitman says, traveling the open road, “healthy, free, the world before me.”
Previous T-Handle Nut Driver Set
Next Survey: Tell Us What You Want