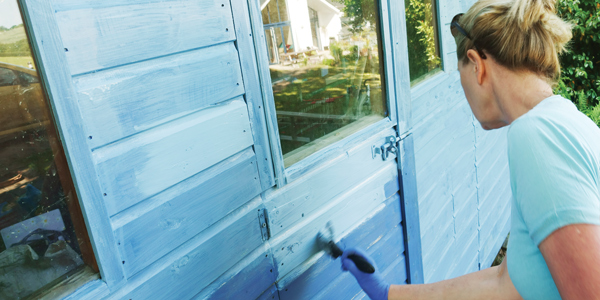 A Q&A with Abbe Will about the housing market 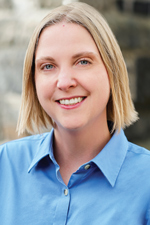 Abbe Will is a research associate and associate project director of the Remodeling Futures Program for the Joint Center for Housing Studies of Harvard University. Hardware Retailing spoke to Will about what challenges and opportunities the housing market brought this year and what that could mean going into 2021.

Hardware Retailing (HR): What kinds of shifts were there in the housing market this year because of the pandemic? How significant of an effect did the pandemic have?
Abbe Will (AW): It’s really been a roller coaster. Back in March and April, when the economy shut down, the market took a hit, and sales were down at a phenomenal rate. Housing starts were also down significantly at that point.

Then we saw a huge reversal in late spring and into the summer. I think part of that was households spending so much time at home in the spring and really not having a lot of other typical distractions. Because vacations and school events weren’t happening, people were spending that time at home, focusing on what was and wasn’t working for them in their homes. Especially given that people have been working from home, schooling from home, etc. They were figuring out how to live and do everything in one space.

And part of that, too, was not just doing what they wanted to improve in their current home, but thinking about whether they wanted to stay at all or whether moving was a better option. People who were already thinking about moving in the coming year, the pandemic increased that urgency to make that happen sooner rather than later.

Since then, home sales have rocketed back, and housing starts have rebounded, too. Homeowners are focused on home in a different way than they have been in a long time. The pandemic brought forward sales and remodeling activity that may have been happening anyway in the coming quarters or year, but we think this elevated level of activity will sustain.

HR: Where were people moving and what are the demographics of those populations?
AW: There is possibly a quickening of the trend of younger households moving from urban into more suburban locations because they wanted or needed to get out of denser urban areas at the onset of the pandemic.

Part of it is the millennial generation, as they have aged into their early to mid 30s, that’s a prime homebuying age group. If they had been living in urban areas, starting families, that’s been a typical trajectory for all generations. Once you’re marrying and starting a family, you’re typically looking for more room and going more suburban. But ultimately, when you talk about the urban to suburban migration, it is a small scale compared to all households that are moving.

We think there has also been a larger share of younger adults who, early in the pandemic, when their universities shut down or they lost their jobs, did the calculus of
whether it would be safer to go home, where their parents or families are.

Remodeling and housing are a brighter spot in the broader economy that could be helping to lead the economy through recovery.

HR: How much did the pandemic impact previous projections?
AW: We produce a quarterly short-term indicator of homeowner spending on home improvements and repairs, our Leading Indicator of Remodeling Activity (LIRA).

Last year, we were projecting slowing growth for the remodeling industry, but growth nonetheless. After several years of what we would call strong year-over-year growth—6 to 7 percent growth—we were projecting growth to return to a more sustainable pace around 5 percent annually. Last year’s softness in new construction and existing home sales being the drivers in that expected spending slowdown.

This year has proven to be difficult time for projecting, even short term. In April, we were projecting a modest decline in spending for 2020, less than 0.5 percent.

Back in March and April, we were thinking the floor was really falling out from under us, that remodeling was going to take a severe hit. But then we started seeing change in demand and the level of retail spending at building materials outlets. That adjusted our projections for the most recent LIRA release for remodeling activity.

Now we have the market growing, not gangbusters, although we are projecting growth to increase over the coming two quarters. In our most recent projection from October, we project the home improvement and repair market to grow by 4.1 percent annually through Q1 of 2021 and then to slow again, and we’re projecting 1.7 percent annual growth in Q3 next year.

Even though these projected annual growth rates are below the long-run historical acreage, remodeling and housing are a brighter spot in the broader economy that
could be helping to lead the economy through recovery.

HR: Are home sales related to trends and upticks in DIY renovations?
AW: Home sales are one of our key inputs into our LIRA that shows home sales correlate well with home improvement spending nationally, but with quite a bit of lead time. Our model shows sales correlate to spending about five quarters out, so home sales today will influence remodeling sales in about a year.

Based on historical data, a lot of remodeling tends to happen around the time of sale. If a homeowner wants to get top dollar in normal market conditions, they will consider what improvements they need to do to their homes. You can often get bang for your buck with curb appeal, exterior projects like landscaping and doors and windows.

Typically, recent homebuyers, people who purchased in the last three years spend about 30 percent more on renovations than owners who have been in their homes longer than three years. Controlling for income and age, recent buyers still bend toward more renovation.

HR: How has the pandemic impacted home prices? Will that continue in 2021?
AW: We didn’t see a big shift in home prices this year until recently with price appreciation strengthening. They had been growing steadily about 5 to 6 percent over the last few years. In March and April, we were wondering if price appreciation would be impacted. With the steadying of the housing market and remodeling, we didn’t see a hit. In fact, I think it appreciated even more in the last quarter or so. Part of that ultimately is increased demand in households wanting to purchase and take advantage of historically low mortgage interest rates, but there being a lower supply of homes available for sales. A lot of markets continue, to see tight inventory, which was a trend even before the pandemic.

Melanie is the communications and content manager for the North American Hardware and Paint Association. She joined the NHPA team in 2016 as an editor for Hardware Retailing and now helps lead the communications team to deliver relevant, timely content to the industry.
Previous Small Businesses Remain Optimistic
Next Fulcrum Building Group Acquires Ford Lumber