Home » Industry News » Why You Should Respond to Negative Reviews 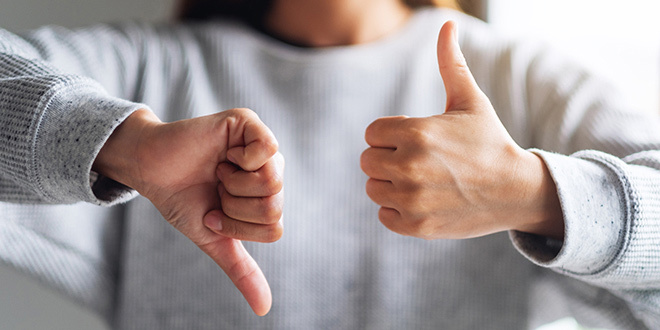 Why You Should Respond to Negative Reviews

No one likes to be criticized, but it can be extra difficult for a company to receive negative feedback, especially when it is given publicly. The internet has made it easy for anyone to say anything about anybody else and do it all while hiding behind a wall of anonymity, and those negative comments can harm a company in a big way.

A recent study by two researchers from the Georgia Tech Scheller College of Business found that consumers view angry and negative reviews as unhelpful, but those reviews still influence how they purchase. The results showed that angry reviews were perceived as less helpful, but led readers to form more negative attitudes and eventually reject the retailer described by those reviews.

Over the years, marketing and digital experts have shared numerous best practices for the best ways to deal with negative reviews and comments, with most suggesting an honest and upfront approach as the best way to deal with the haters. The results from the Georgia Tech study reinforce that businesses should respond to angry reviews and comments, no matter how small they seem, to prevent other consumers from viewing that company in the same negative light. Here are some additional tips for handling negativity from customers.

Be polite. When responding to an angry comment, it can be easy to respond with anger. Choose the high road and keep correspondence polite and kind.

Respond directly. If possible, respond privately and directly to the person who left the negative comment. When responding publicly, that person might become defensive and even more negative, but a private exchange can allow both sides to air their grievances and hopefully solve the issue.

Ask for proof. Request that the negative reviewer provide concrete evidence for why they feel the way they do. This helps you better understand the issue so that you can better solve it.

Lindsey joined the NHPA staff in 2021 as an associate editor for Hardware Retailing magazine. A native of Ohio, Lindsey earned a B.S. in journalism and minors in business and sociology from Ohio University. She loves spending time with her husband, two kids, two cats and one dog, as well as doing DIY projects around the house, going to concerts, boating and cheering on the Cleveland Indians.
Previous New Federal Vaccination Rules Blocked by Appeals Court
Next 4 Contactless Trends for 2022