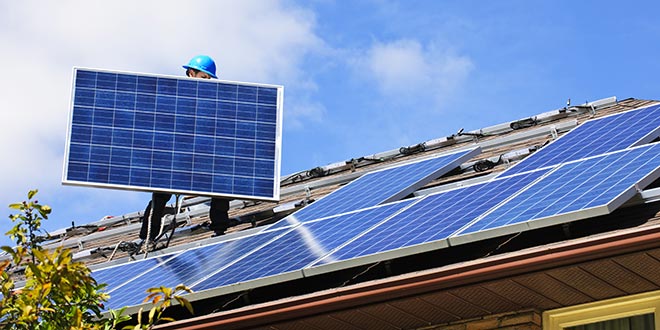 How Will Tariffs Impact the Solar Panel Industry?

According to the report, the ITC will hold a public hearing on remedy on Oct. 3 and will submit its report “containing its injury determination, remedy recommendations, certain additional findings and the basis for them” to President Donald Trump by Nov. 13. The ITC may recommend a tariff on imported solar panels, but President Trump has the authority to make the decision whether to impose a tariff, according to the ITC.

The case was brought to the ITC by two U.S. solar panel manufacturers, Suniva Inc. and SolarWorld Americas. As a result of increased imports, Suniva declared bankruptcy and SolarWorld laid off 75 percent of its workers, according to The New York Times.

The decision to impose tariffs on international solar panel manufacturers in an effort to save American manufacturing jobs is not simple, according to Forbes contributor Jeffrey Dorfman.

“Placing taxes on imports means higher prices to consumers of those products … Higher consumer prices mean fewer sales. Fewer sales mean lost jobs for producers and retailers who suddenly face higher costs in their businesses. Further, even consumers who still buy the imported or import-containing products pay more for them, leaving less money left over for other purchases,” Dorfman writes.

Tariffs on Canadian softwood lumber were imposed earlier this year in an effort to give U.S. lumberyards a price advantage over Canadian imports. But with the devastation in Texas, Florida and Puerto Rico following three major hurricanes, some are calling for the tariff to be lifted to eliminate what Maine Gov. Paul LePage calls “price gouging” in the lumber industry.

“LePage is especially frustrated over tariffs on softwood lumber that apply for the first time to the Canadian province of New Brunswick, which has been exempt for decades,” reports Canadian news outlet Global News. “He said there is no unfair subsidization of lumber in the eastern provinces, where the lumber trade, he said, ‘flows almost seamlessly back and forth between Maine, Quebec and New Brunswick.’”

Melanie is the managing editor for the North American Hardware and Paint Association. She has worked for the association since 2016. In her spare time, she enjoys cooking and baking without recipes and watching online makeup tutorials. She and her husband are raising their son and two fur children in Indianapolis.
Previous GOP Proposes Tax Reform Bill, Drops Health Care
Next 10 Products New Homeowners Need