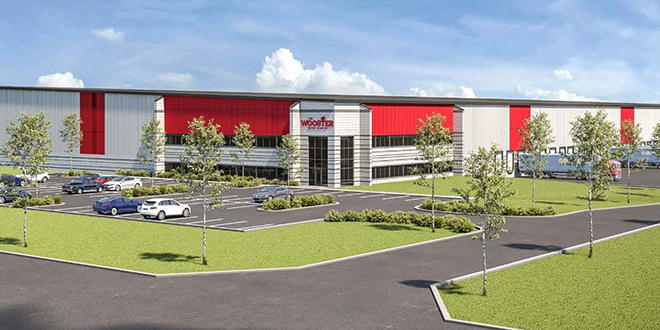 The Wooster Brush Company announced it will break ground on an additional manufacturing, warehousing and distribution facility on October 20.

The new facility will total more than 600,000 square feet, making it the largest expansion in the company’s 170-year history. It’s being built on a 44 acres, and the plans allow for expansions of an additional 200,000 square feet to accommodate future company growth. It will be the largest single building ever built within the city of Wooster, Ohio, where The Wooster Brush Company has been headquartered since its inception in 1851.

The expanded facility is expected to be completed in December 2022 and will employee 60 to 70 full-time employees.

“We’re excited to grow in Wooster,” says The Wooster Brush Company president Ben Maibach. “We’re even more excited that our growth will benefit the city where we were founded 170 years ago. We appreciate so much to be a part of this great community.”

The Wooster Brush Company is the oldest manufacturer of paint applicators in the U.S. Based in Wooster, Ohio, the privately held company with approximately 650 employees produces nearly 2,000 products for both professional and DIY painters. Wooster tools are available at traditional paint and decorating centers, hardware stores, paint sundry distributors or retailers and home centers.

Melanie is the managing editor for the North American Hardware and Paint Association. She has worked for the association since 2016. In her spare time, she enjoys cooking and baking without recipes and watching online makeup tutorials. She and her husband are raising their son and two fur children in Indianapolis.
Previous Black Friday Predicted as Busiest Shopping Day for 2021
Next 2021 Halloween Spending Expected to Top $10 Billion