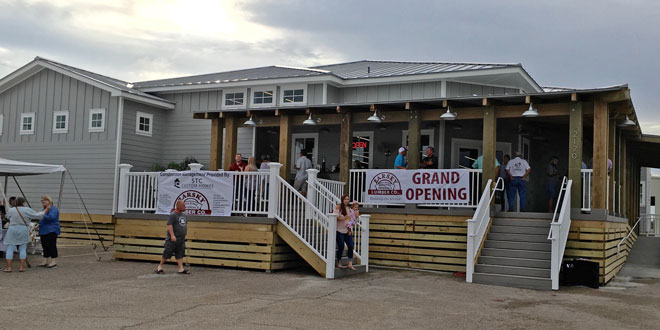 When Hurricane Harvey hit the U.S. in August 2017, it had a devastating impact on homes and businesses throughout the southern and eastern portions of the country.

Zarsky Lumber Co., which has eight locations in Texas, was one of those businesses. Its Port Aransas, Texas, store, which is located about 180 miles from San Antonio, sustained serious damage.

“For a week or so after the storm, we couldn’t even get to the store,” says general manager RJ Cano. “When we finally did, we saw it had 18 inches of water, and the building received pretty substantial roof damage. We had a lumber bin and cantilever racking in the back that was completely destroyed. We had a big barn out there, too, and the only thing left of it was the poles in the ground. All inventory in the yard was lost.”

From the Ground Up
The team had its work cut out for them as it set out to rebuild, and they had a close eye on their timeline. After Hurricane Harvey, the staff was working out of an 18-wheeler and a separate mobile unit and selling only a limited selection of products, so they were eager to get into their new store.

Fortunately, the construction process moved quickly, beginning in February of 2018 and finishing in September of that same year.

Cano says Orgill was a tremendous help throughout the rebuilding process. 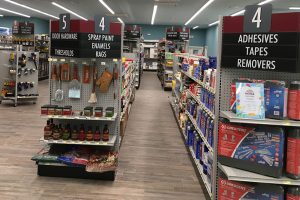 “Our rep, Rusty Curry, was just great,” he says. “He’s been with us from the beginning and has done so much for us. When we had to rebuild this store, Rusty grabbed the bull by the horns and took care of everything. He and his team did a fantastic job.”

As the store was being rebuilt from the ground up, Cano had some ideas about what he thought it should look like. He wanted a style of building that would more closely match the other businesses in Port Aransas. One of Zarsky’s customers, a home designer, even helped them draft a plan for the new building.

There were changes inside the store, too. Cano says they chose to get rid of the paint department, which took up a quite a bit of space and was full of slow-moving inventory. And they invested in other categories, like outdoor living.

Looking to the Future
In September 2018, a grand reopening event was held to celebrate its new beginning.

With food, live music and more than 250 people in attendance, the event was a successful one, Cano says.

Over time, he says, the staff continues to tweak the changes it made during the rebuild. They’re brought in more outdoor kitchen products and continue to change up their plumbing and electrical sets.

“We’re learning as we go,” Cano says, “and we’re excited for the opportunities to come.”

Liz is the special projects editor for Hardware Retailing magazine. She reports on news and trends, visits retailers, and attends industry events. She graduated from Xavier University, where she earned a degree in English and Spanish and was a member of the swim team. Liz is a Louisville, Kentucky, native who lives in Indianapolis with her husband and two children. She enjoys swimming, reading, doing home improvement projects around her house and cheering on her two favorite basketball teams, the Kentucky Wildcats and the Xavier Musketeers.
Previous Dresses, Hardware and Other Legacies at Hussey’s General Store
Next How I Did It: Driving Sales in a Small Space 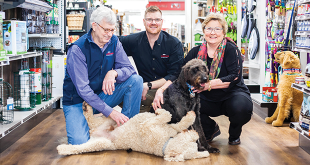 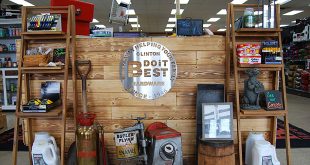 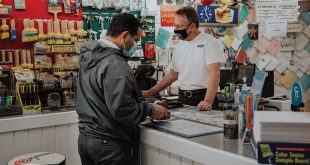 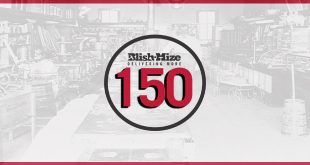 150 Years of Blish-Mize: A Q&A With John and Jonathan Mize