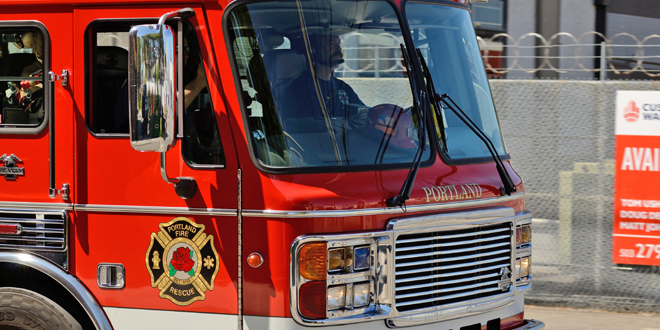 Family-owned and operated Frager’s Hardware, a 93-year-old hardware store in Washington, D.C., burned down Wednesday night after firefighters poured 20,000 gallons of water a minute on the blaze, according to a story in the Washington Post.

The fire was first reported about 6:30 p.m. Wednesday and went to four alarms, bringing more than 200 firefighters to the three-building complex, which included Frager’s paint, hardware and equipment-rental stores. It was declared under control before 11 p.m., and no hazardous materials were detected.

Firefighters battled the fire from outside the buildings but were unable to save them. As late as 11:30 p.m., firefighters had not tried entering what remained of the stores and a cause had not been determined.

Acting fire chief Donnelly said varnish and lumber were inside the building, which could fuel the fire. Rows of propane tanks set out by a shed in the back of the hardware store were also a concern.

Nick Kaplanis, who has worked at the hardware store for 17 years, said it was the store’s intention to rebuild.

Amanda Bell was an assistant editor of Hardware Retailing and NRHA. Amanda regularly visited with home improvement retailers across the country and attended industry events and seminars. She earned a degree in magazine journalism from Ball State University and has received honors for her work for Hardware Retailing from the Association of Marketing and Communication Professionals.
Previous J.D. Power & Associates Ranks Ace Highest in Customer Satisfaction
Next Former NRHA President Frank Greenhaw Dies